Mike Davis, the acclaimed Marxist activist, journalist, and historian, died at his home in San Diego on Oct. 25, after a years-long fight against esophageal cancer, with his wife Alessandra Moctezuma, the Chicana artist, curator and scholar, by his side.

Davis was a prolific Marxist journalist, historian, trade union activist, architecture and urban critic, and public intellectual best known for his 1990 book City of Quartz: Excavating the Future in Los Angeles (Verso), and also Ecology of Fear: Los Angeles and the Imagination of Disaster (Holt-Metropolitan, 1998), Late Victorian Holocausts: El Niño Famines and the Making of the Third World (Verso, 2001), Planet of Slums (Verso, 2006), and eleven other well received books covering viral pandemics, the history of the car bomb, the labor movement and Democratic Party in the 1970s and 1980s, San Diego’s corrupt history, urban dreamworlds of late capitalism in the post-communist world, among other wide ranging topics.

He also authored three lesser-known children’s books, a genre he loved from reading to his four children, with Perceval Press, which is owned by his friend Viggo Mortenson, the well-regarded Hollywood actor in Los Angeles’s current socialist, popular front. His 15 critical books had seismic impacts on research agendas in academia, inspired public intellectuals such as Naomi Klein, Susan Faludi, Rubén Martínez, Arundhati Roy, and others, and were seminal in the development of “Los Angeles Studies” in the humanities and social sciences at US universities.

Michael Ryan Davis was born in Fontana, Calif., on March 10, 1946, and was one of three children in his working-class parents’ family, who had migrated from Ohio during the Great Depression. His father was a meat cutter who relocated the family to Bostonia, a small agricultural hamlet outside El Cajon in San Diego County, where his uncle owned a wholesale meat business. As an adolescent, he learned to cut meat and deliver wholesale orders.

His rural childhood was typical: conservative in politics, religion, and culture. He noted in a 1994 interview that he grew up interested in mischief, drag racing, and stealing cars: “pretty much your average redneck 16-year-old.” Davis’ entry into radical politics and Marxism began when his cousin, who was married to an African-American civil rights activist, took him to a demonstration in downtown San Diego organized by the Congress for Racial Equality (CORE) during high school. This experience, and his inquisitive mind owing to avid reading, transformed him.

After a short stint in college, he connected with Students for a Democratic Society (SDS) and became its first Southern California organizer. While living in Los Angeles in the late 1960s, he connected with and joined the Southern California Communist Party and ran its bookstore in LA He was mentored by Dorothy Healey, from whom he learned of the labor battles of the Old Left of the 1930s and ‘ 40s. Later in life, he believed the various Civil Rights movements had been more effective than the New Left, and he never renounced the heroic battles of Old Leftists like Healey, noting once that her generation were “the left’s ‘greatest generation’—those tough- as-nails children of Ellis Island who built the CIO, fought Jim Crow in Manhattan and Alabama, and buried their friends in the Spanish soil.” Their deaths, he said, were “an inestimable, heart-wrenching loss.”

Davis returned to UCLA on a scholarship from the meat cutters’ union to study economic history and political economy, and enrolled in the PhD program in the Architecture and Urban Design School. He left his studies for Scotland, Ireland, and then London to work as managing editor for the New Left Review, where Perry Anderson, Talal Asad, and others mentored him under the influence of British Marxism. He started the American Socialist Yearbook Series between 1985 and 1988 at Verso Books with his comrade Michael Sprinker, which transformed into the Haymarket Series, featuring original works related to the politics and history of the North American working class and dedicated to the radical Haymarket martyrs. It is published Prisoners of the American Dream: Politics and Economy in the History of the US Working Class (1986), one of the best books ever written about class composition during US post-Fordist restructuring in the 1970s and 1980s. Davis also began thinking about his UCLA dissertation on class and racial politics in Los Angeles.

Davis moved back to Los Angeles in 1987 to begin work on City of Quartz and taught at the Southern California Institute of Architecture while also driving big rig trucks and tourist buses. In 1990, Verso released the book, which was well-regarded in Marxist and urbanist circles, with decent sales, although it did not attract widespread attention. It was an episodic history of class and racial conflict in Los Angeles, examining the power of capitalist elites to create an urban dystopia, shattering booster myths of California sunshine with Marxist urban noir. Then the Los Angeles riots detonated on April 29, 1992, after videotape of Rodney King’s brutal beating by the LAPD, and Vintage Books, a division of Penguin, released the paperback edition. It became a New York Times bestseller.

The exposure vaulted Davis into the public eye and caused his detractors to label him LA’s “prophet of doom” and California’s “Jeremiah,” as they did with his subsequent book The Ecology of Fear in 1998, particularly the chapter titled “The Case for Letting Malibu Burn.” Critics of both books missed Davis’s concerns about inequality in the City of Angels, telling a reporter for Salon about City of Quartz, “I love Los Angeles. How can you not see that? I suppose the book is, in the end, a failure if it betrays none of the sense of deep feeling I have about the city. But that’s where being a radical comes in—you have to rain on the parade.”

In 1998, the MacArthur Foundation awarded Davis its “genius grant,” which led to his most productive and prolific period as a writer. He published to acclaim Magical Urbanism: Latinos Reinvent the US Big City (Verso, 2000), Late Victorian Holocausts (2001), Dead Cities and Other Tales (2002), Under the Perfect Sun: The San Diego Tourists Never See (Verso, 2003) with Jim Miller and Kelly Mayhew, The Monster at Our Door: The Global Threat of Avian Flu (Verso, 2005), Planet of Slums (2006), No One is Illegal: Fighting Racism and State Violence on the US-Mexico Border with Justin Akers Chacon (Haymarket Books, 2006), In Praise of Barbarians: Essays Against Empire (Haymarket Books, 2007), and Buddha’s Wagon: A Brief History of the Car Bomb (Verso, 2007).

Davis’s detractors continued to accuse him of being the prophet of doom in each and every one of his books of the 2000s. However, the world of events eventually proved those critics wrong, such as the massive LA County wildfires of the 2000s, the 2.5 billion unemployable global underclass made vulnerable by late capitalist urbanization, the Covid pandemic, and the global threat of climate change under latter- day imperialism. Davis’s highly educated interpretations of the political and economic violence of global capitalism and imperialism simply proved prescient and revealed good intuition. His last two books, Old Gods, New Enigmas: Marx’s Lost Theory (Verso, 2018) and Set the Night on Fire: LA in the Sixties with Jon Wiener (Verso, 2021), is magisterial, bringing to a close a prolific life as an activist and writer.

I met Mike Davis in 2001 one afternoon in the reading room at the Public Library Archives in downtown San Diego. I had left for lunch, the only researcher there. He was sitting there when I returned. I asked, “Are you Mike Davis?” “Why yes, I am,” he said. I had corresponded before, and he remembered me. He was researching the book that became Under the Perfect Suna San Diego version of City of Quartz. He took me to have coffee to talk about our mutual research interests and then invited me to dinner at his home that day to introduce me to his co-authors. I would see him and his family in San Diego when I visited over the years.

As a human being, he was generous, humorous, engaged, warm, and thoughtful—quite the opposite of his reactionary detractors. He was generous with his time with young scholars and writers since his intellectual interests were unlimited. He probably inspired thousands of writers during his lifetime, particularly writers of color at the LA Weekly and elsewhere. He regularly speaks to activist organizations dedicated to social and racial justice, as well as at college campuses and public libraries. When he taught at UC Irvine, he told me his favorite courses to teach were the US history surveys because he loved engaging with young people to hear about their opinions, dreams, and travails. This elicited the chagrin of his dean, who wanted him to write books and obtain grant funding from robber baron foundations.

Los Angeles scholars several years ago held a symposium to honor his work. In his keynote speech, Davis said he expected future scholars to surpass his work and noted how most of them did it. That is why he wrote. He was an avid bibliophile and had an unquenchable interest in world history. He lived modestly in San Diego with his wife Alessandra and their two children Cassandra and James in a small casita in a working-class neighborhood. He spoke fondly of his two other children Róisín and Jack, from a previous marriage, very much a family man at heart. He once let go a famous literary agent because she was angry he and Alessandra started a family, referring to her as “the dragon lady.” He returned a sizable six-figure book advance to a prestigious commercial publishing house, opting instead to publish with the independent Verso Books. He once told me his writing ethic was that of a coal miner: You drill an inch per day and in one year you had 365 inches.

Mike Davis was an authentic follower of Marx and Engels who lived his life marrying theory and praxis, enriching the world with his genuine concern and love for working people and their struggles for dignity. 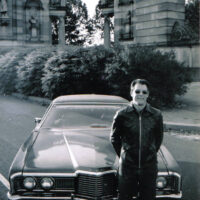