Jennifer Lawrence says she’s “so happy” she didn’t call off her wedding to her now-husband, Cooke Maroney.

While filming her newest film, “Causeway,” in 2019, Lawrence realized she began to relate to her character’s phobia of commitment.

“When you don’t fully know yourself, you have no idea where to put yourself,” she explained to the New York Times in an interview published Wednesday.

“And then I met my husband, and he was like, ‘Put yourself here.’ I was like, ‘That feels right, but what if it’s not?’”

The “Silver Linings Playbook” star realized later on that she was having commitment anxiety but hadn’t been “conscious of it” while filming.

“Then I went back, and when I’m home with my husband making this family, I’m so happy I stayed,” she shared.

“I’m so happy I didn’t freak out and cancel the wedding and run away and go, ‘I’ll never be taken down!'”

Lawrence said she’s “so happy” she went through with the 2019 wedding in Rhode Island. 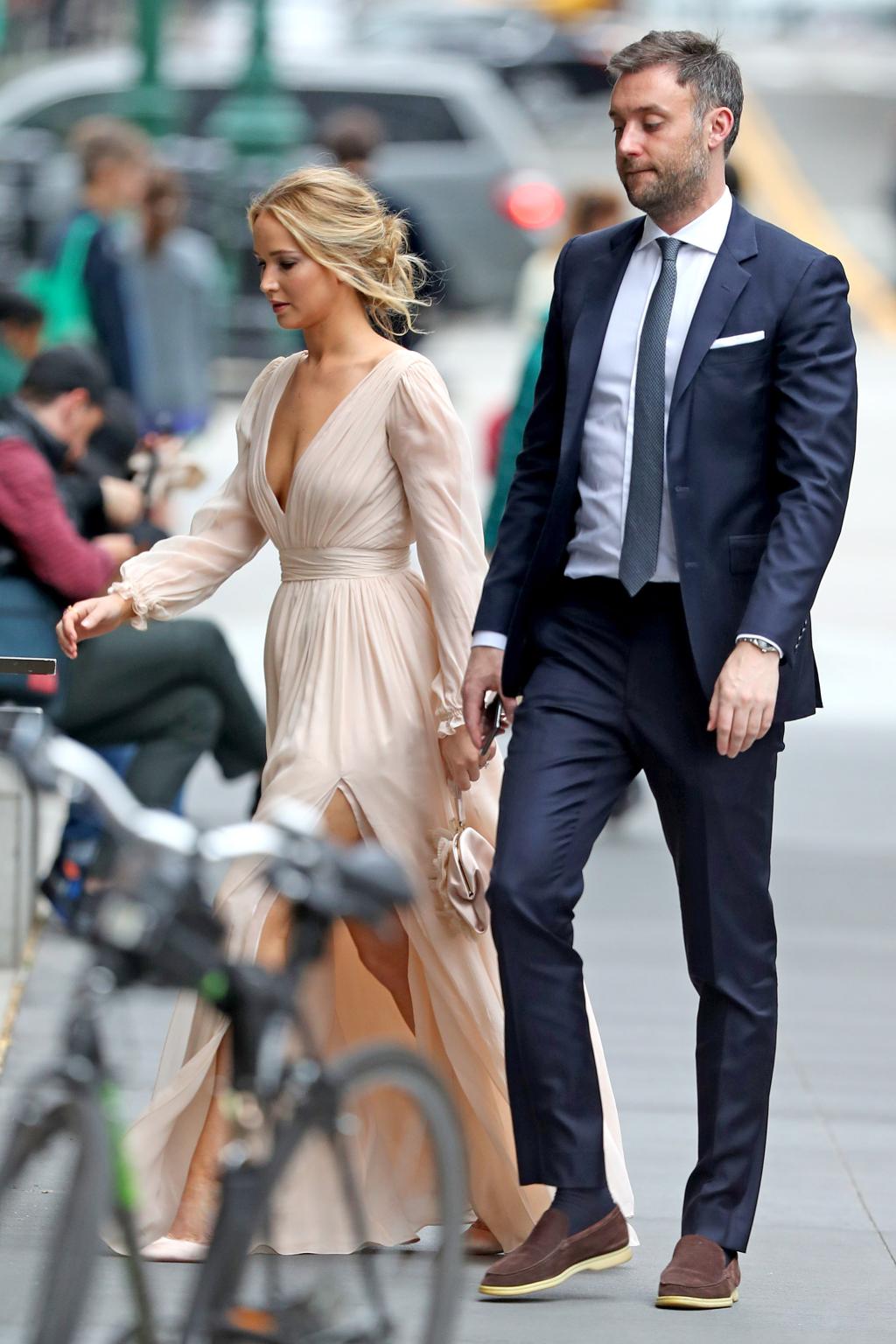 Lawrence said she’s “so happy” she went through with the 2019 wedding in Rhode Island.

“He was in the NICU for a little over a…

Lawrence, 32, married Maroney in a star-studded ceremony in Newport, Rhode Island, in October 2019. She and the art gallery director wed at the historic Belcourt of Newport mansion surrounded by celebrities including Adele, Kris Jenner and Emma Stone.

The “Joy” actress never shared photos of her Dior wedding gown, which had its own hotel room leading up to the big day, but paparazzi photos revealed a sequined neckline. Maroney, meanwhile, opted for a classic tuxedo.

Page Six exclusively broke the news in June 2018 that Lawrence and Maroney were dating.

Lawrence previously dated Darren Aronofsky, who directed her in the controversial film “Mother!” They were together for a year and remained friends after they split.

The “Hunger Games” star was also romantically involved with Chris Martin and Nicholas Hoult in the past.