The bride and her sister built the pink-hued block seating chart.

Delivering the latest in style, inspiration, helpful tips and tricks, and everything else you need to know to plan the perfect Philly wedding.

There’s something to be said for a couple who uses their Big Day to celebrate their friends and family, too. And this couple is a prime example. Their Excelsior Lancaster wedding was filled with personalized, thoughtful elements to make their guests feel special — and the DIY design by the bride and her sister was pretty incredible, too. Hope Helmuth Photography snapped it all, below. 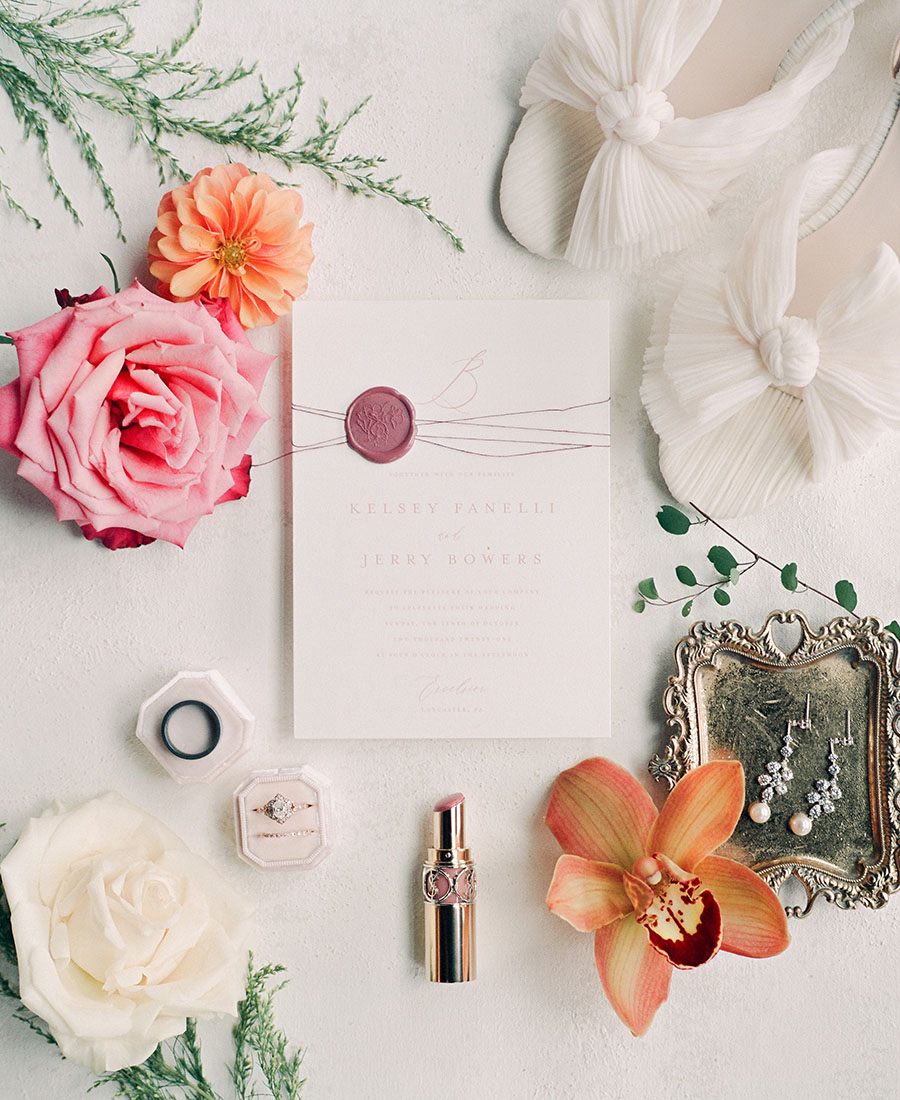 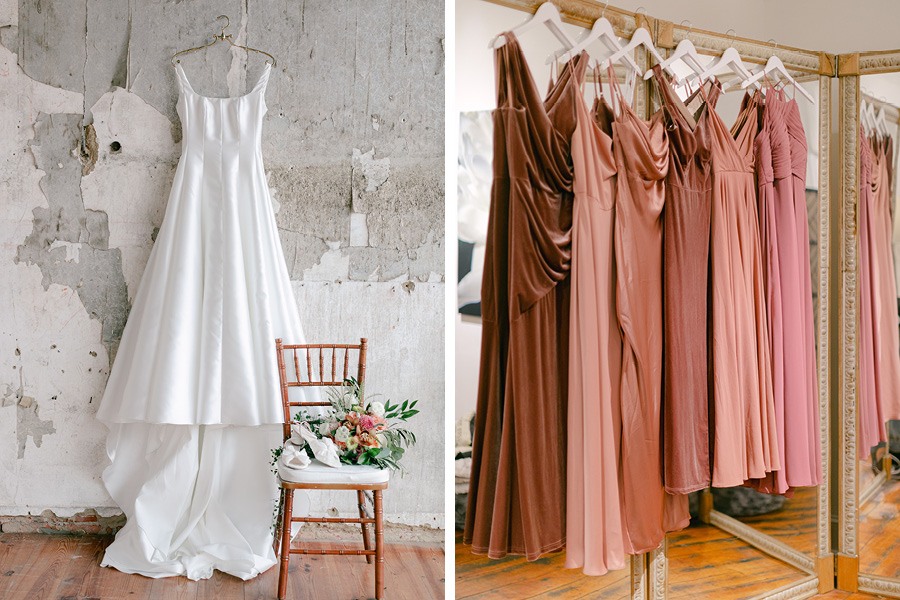 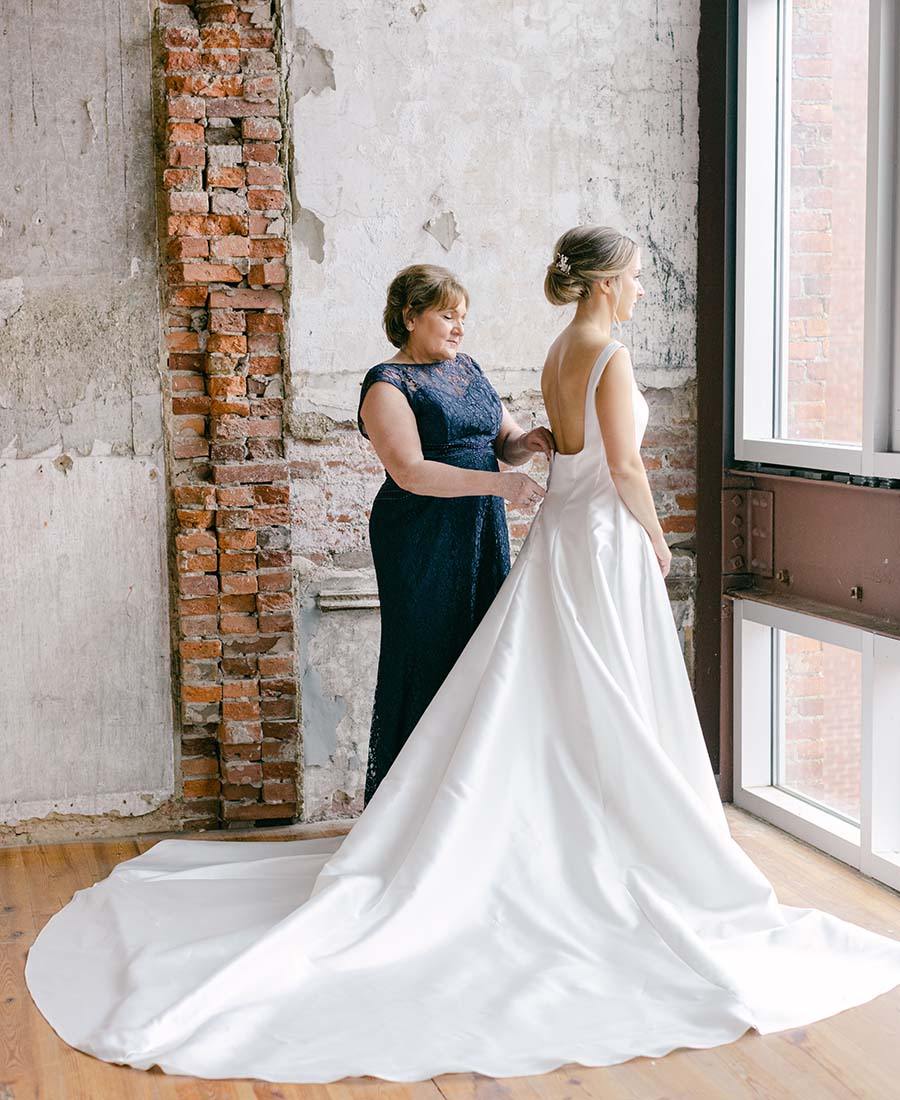 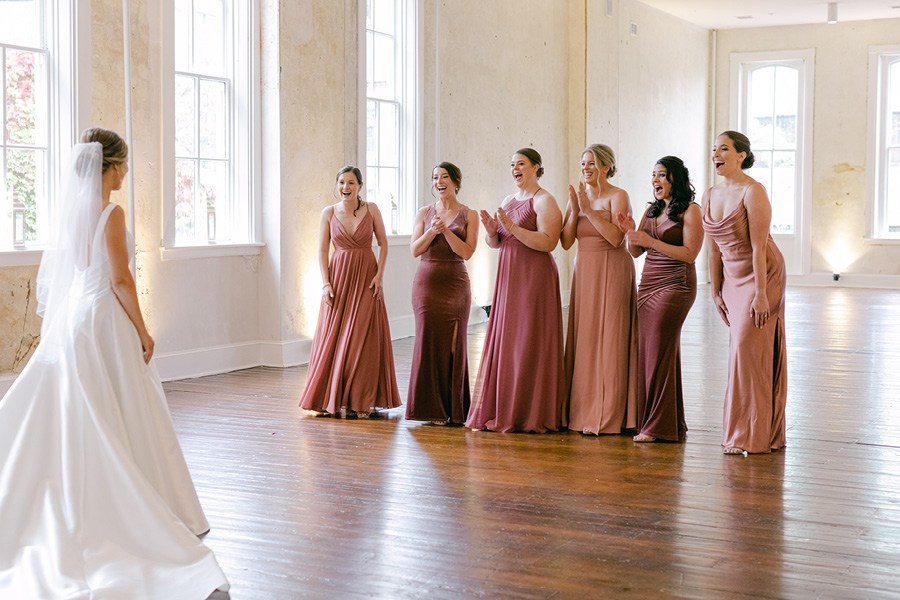 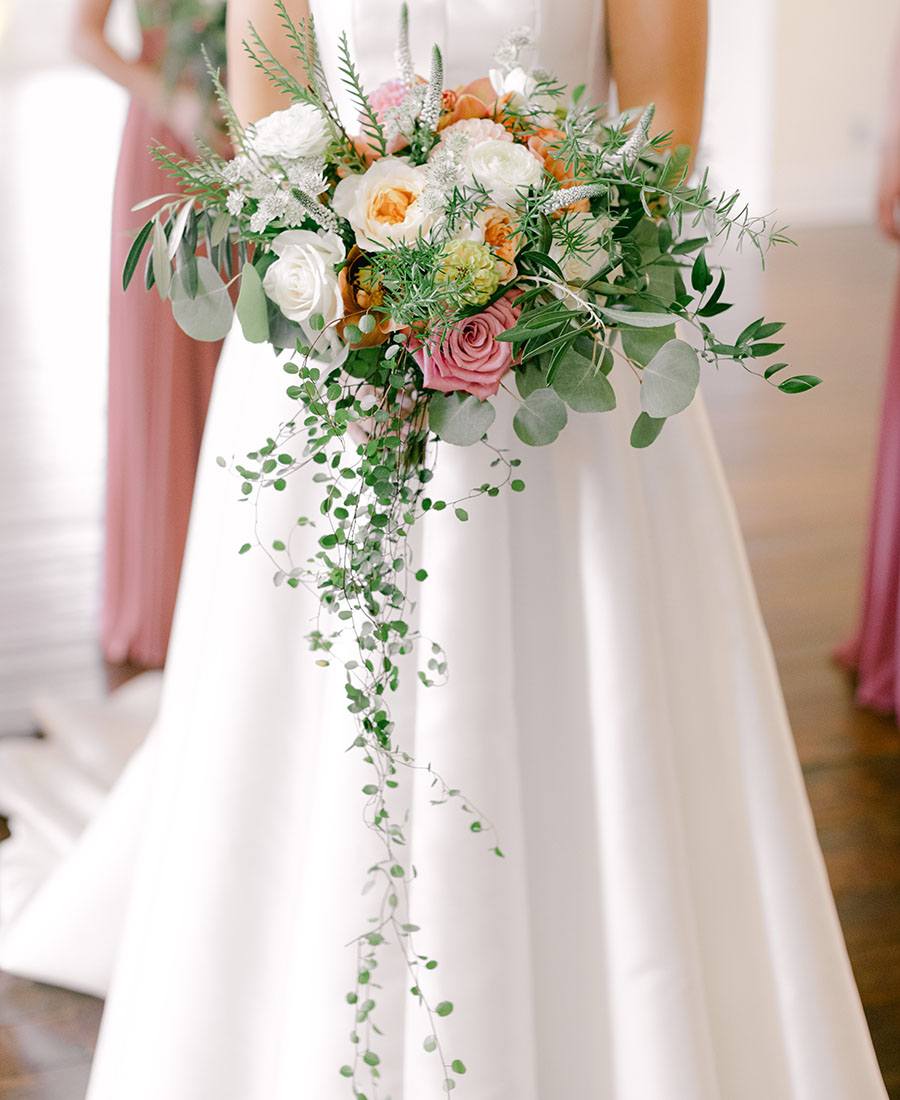 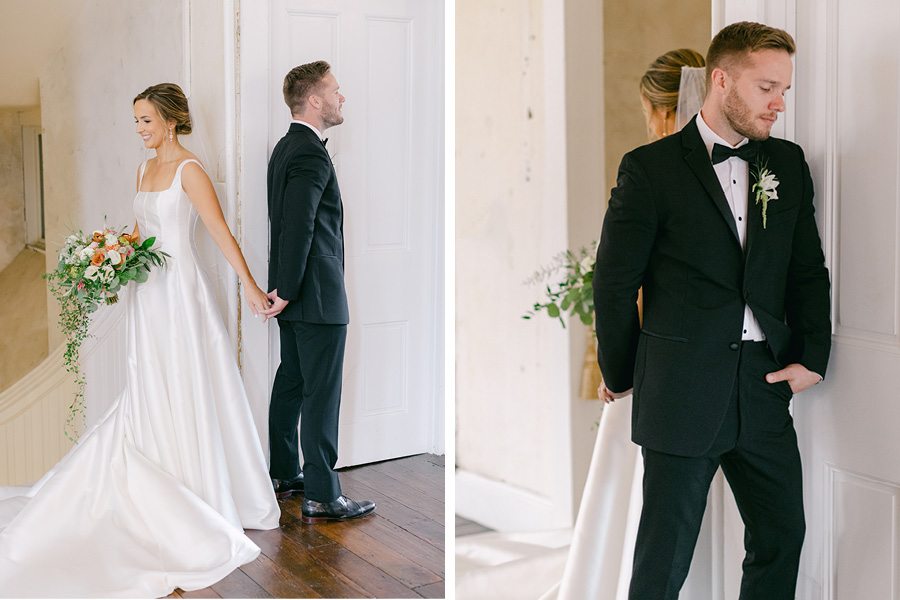 Kelsey Fanelli and Jerry Bowers had a particularly sweet start to their relationship. The couple, who went to rival high schools, met during a local SAT prep class in 2008. Kelsey, who grew up in Schuylkill Haven and was working at a candy shop at the time, arrived late on the first day — and made an immediate impression on Jerry, a Pottsville native. “She was very pretty and wore the awkwardness of being late so perfectly, with a sweet smile, and carrying a bag full of candy for the group.”

They began dating in 2010 and became engaged nine years later, in September 2019, during a walk at Overlook Park. And two years after that, on October 10, 2021, the couple said “I do” at Excelsior, a circa-1800s event venue in Lancaster. While it wasn’t their original date (their planned May 1st wedding was pushed back due to COVID), the resulting Big Day was everything they could have wanted.

“I think we were both surprised by how seamless the night went, especially after postponing and trying to plan during COVID,” says Kelsey, a speech language pathologist at Penn State Health Rehabilitation Hospital. 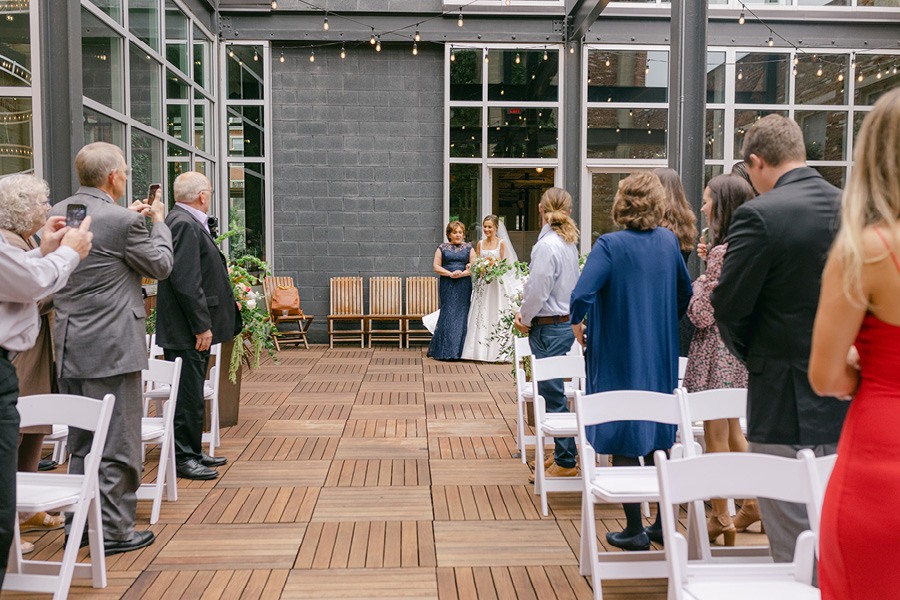 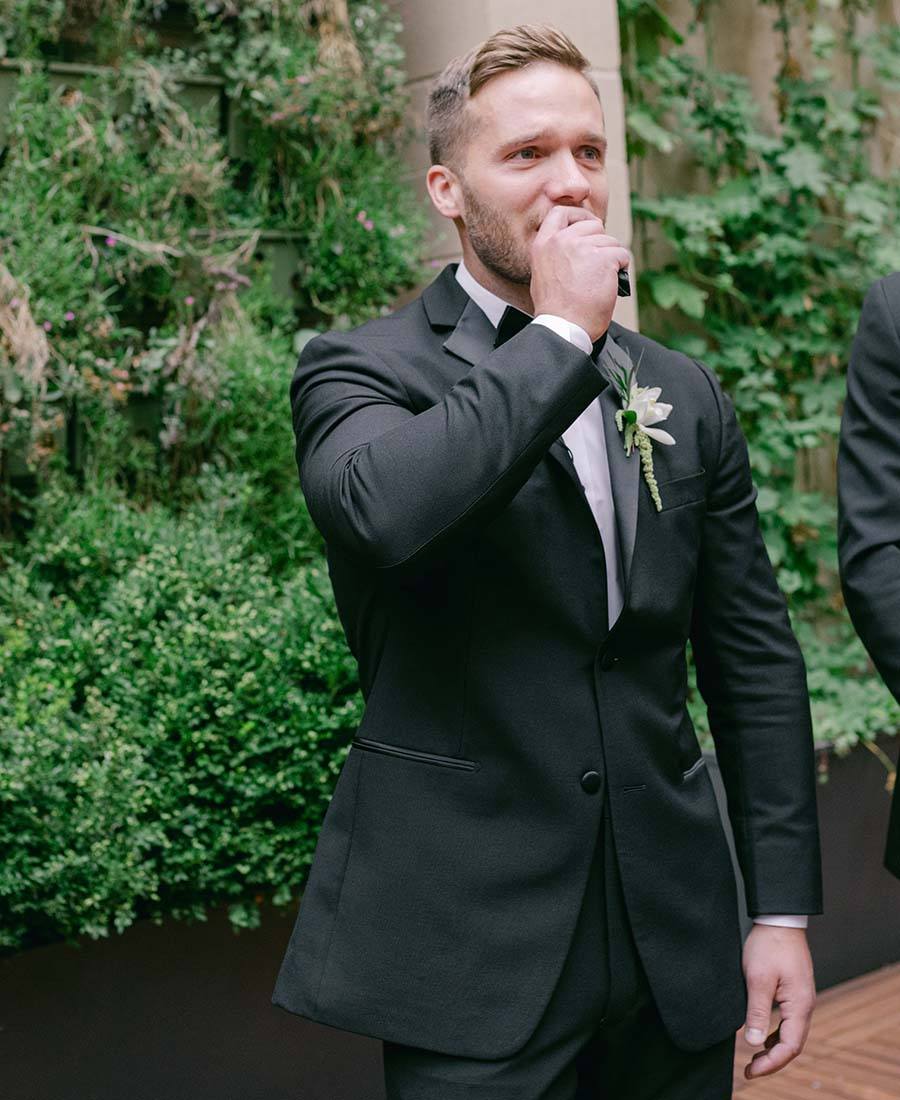 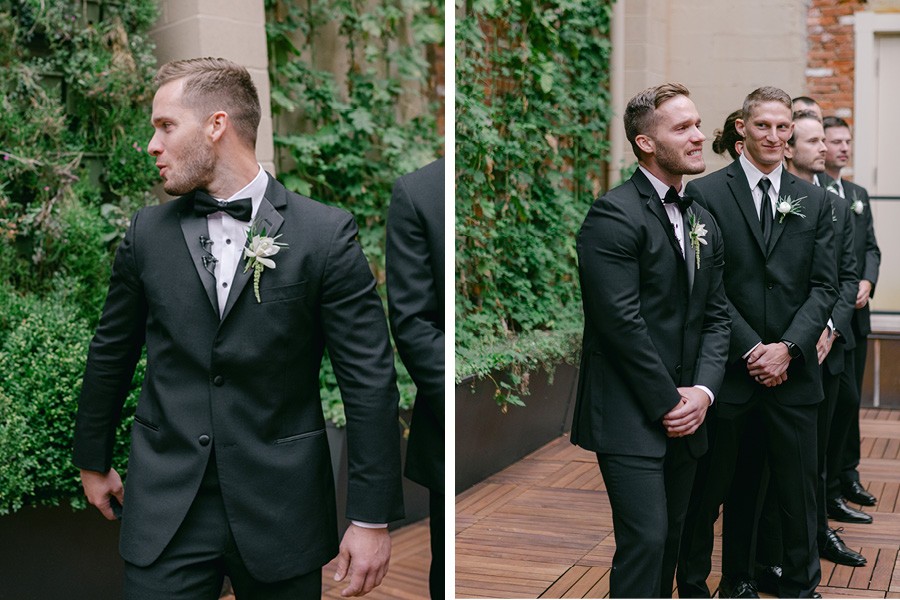 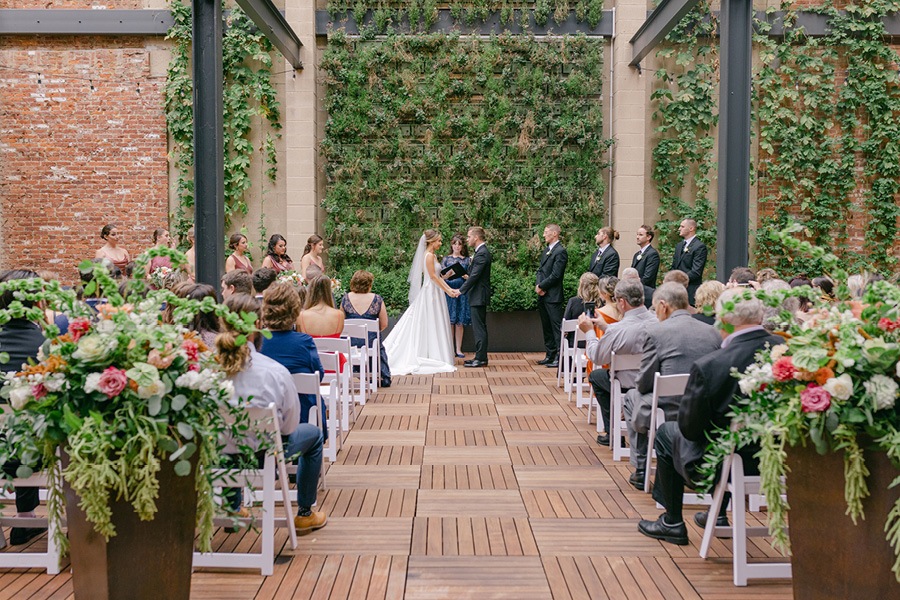 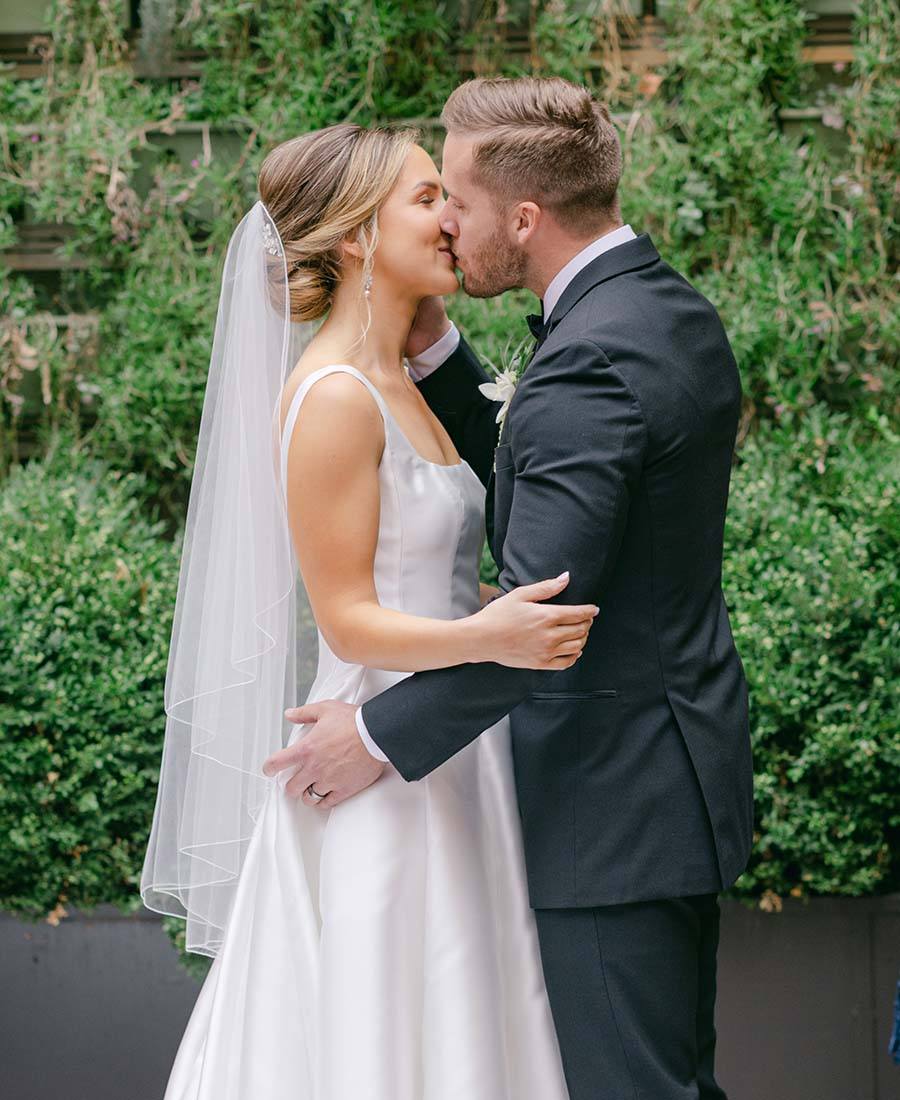 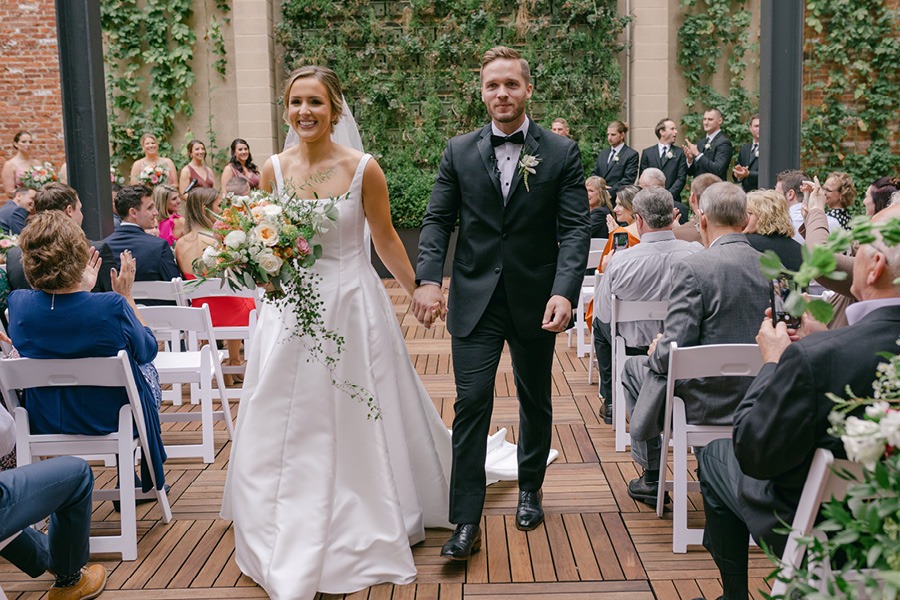 Kelsey and Jerry, a facility manager at UGI learning center, each spent the morning with their respective parties, getting ready and celebrating before the festivities really got going. And after donning her Bégum gown, Kelsey did a grand reveal with her bridesmaids, who wore dresses in various shades of desert rose and cinnamon rose, and whose reaction to the bride’s look was precious.

Even more moving, however, was Kelsey and Jerry’s first touch right before the ceremony. (They held hands on opposite sides of a doorway.) It was important to Jerry to stick with tradition, so the first time he saw his bride was when she walked down the aisle. “This moment was very special, given his genuine response,” says Kelsey. “We were both overwhelmed by emotions.”

Among the 120 guests who celebrated Kelsey and Jerry’s future together were the couple’s combined 14 nieces and nephews, many of whom were attending a wedding for the first time. To make them feel special, the duo gave each of the girls a tussy-mussy (small bouquet) and the boys mini boutonnieres. 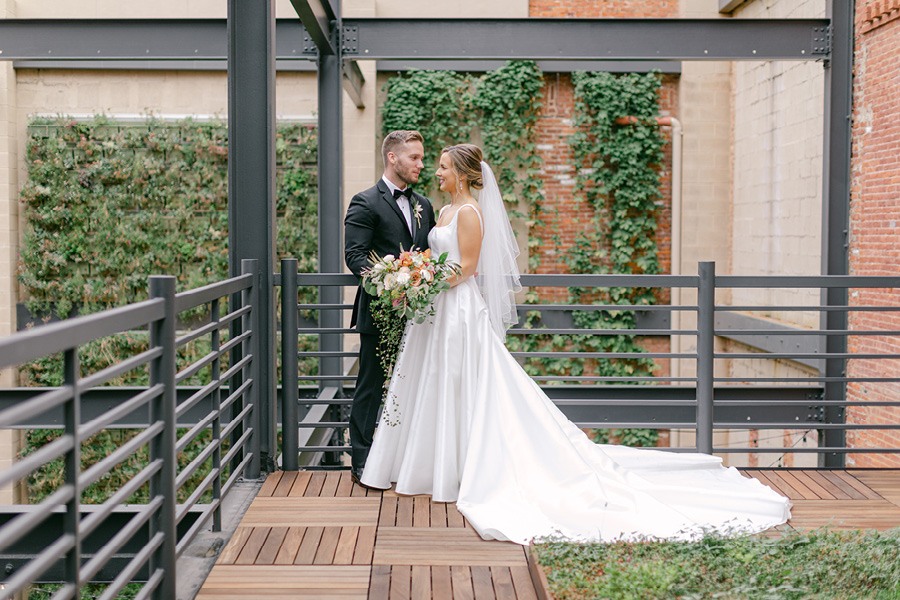 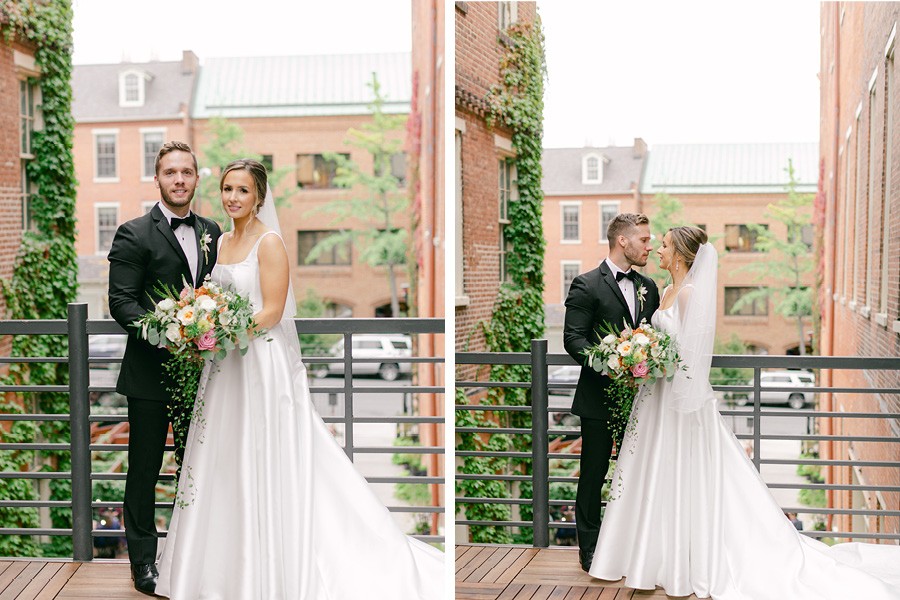 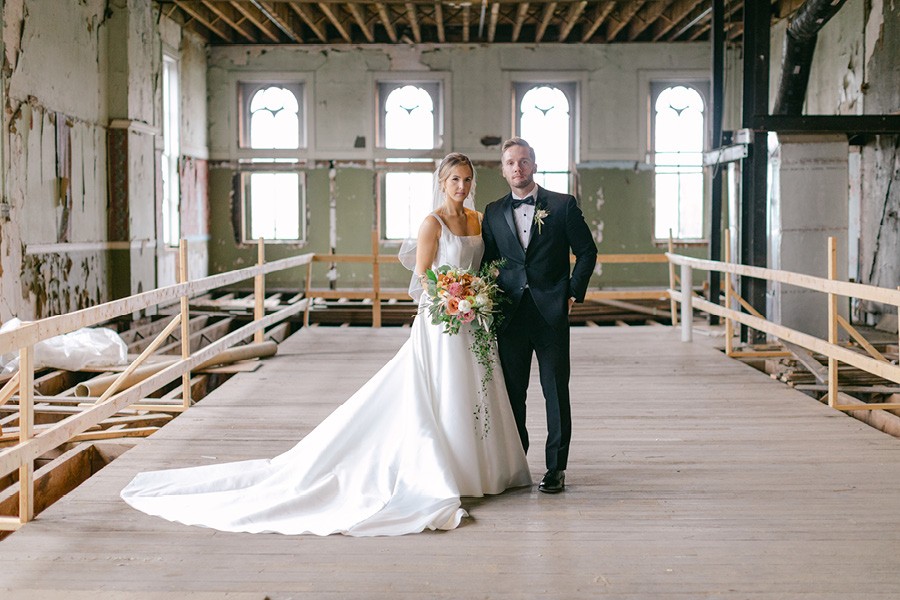 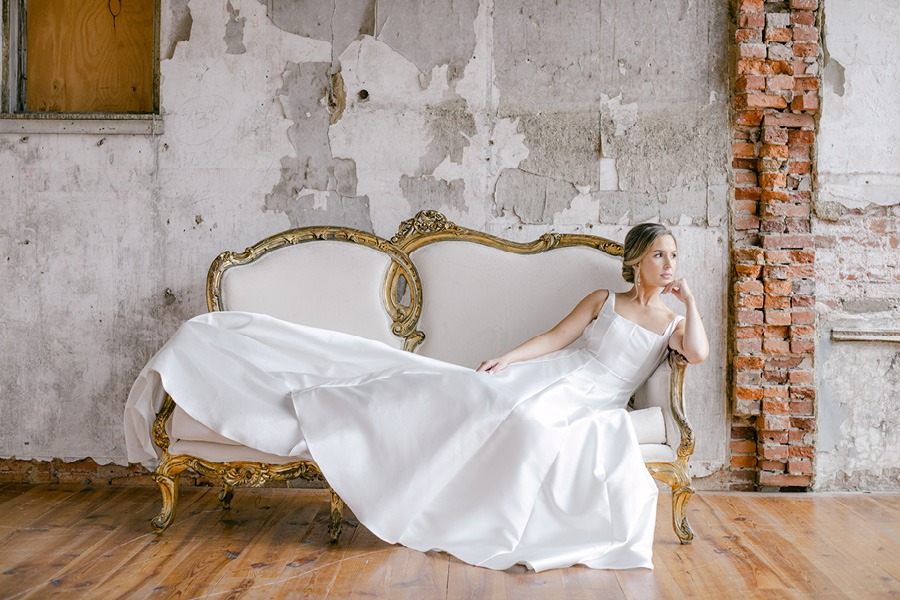 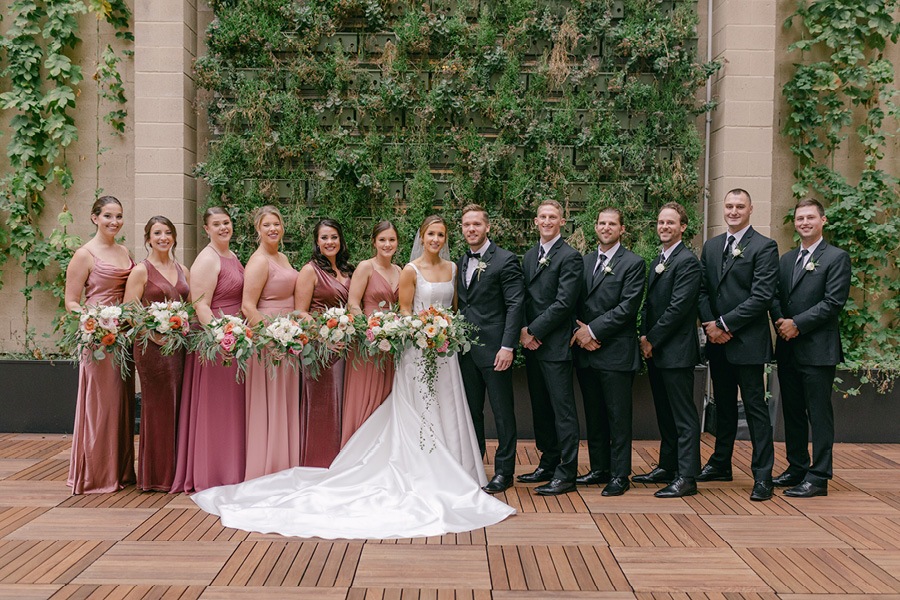 The couple read the vows they’d written themselves. “It was extra special since many of our guests had been there since the beginning of our relationship or have been a part of many memories together over the past decade,” notes Kelsey.

Ask the bride what her favorite part was, and she’ll say designing the decor for the Big Day with her sister and maid of honor. “It was special to be able to share the designing, planning and executing over several days and months,” she says. “It was surprisingly fun and amazing to see how it all came together.”

Among the details were three seating-chart blocks in pink and peach hues, signage for table numbers, drinks and desserts and place cards with wax seals — elements that helped create a romantic aesthetic complemented by an industrial and modern vibe. 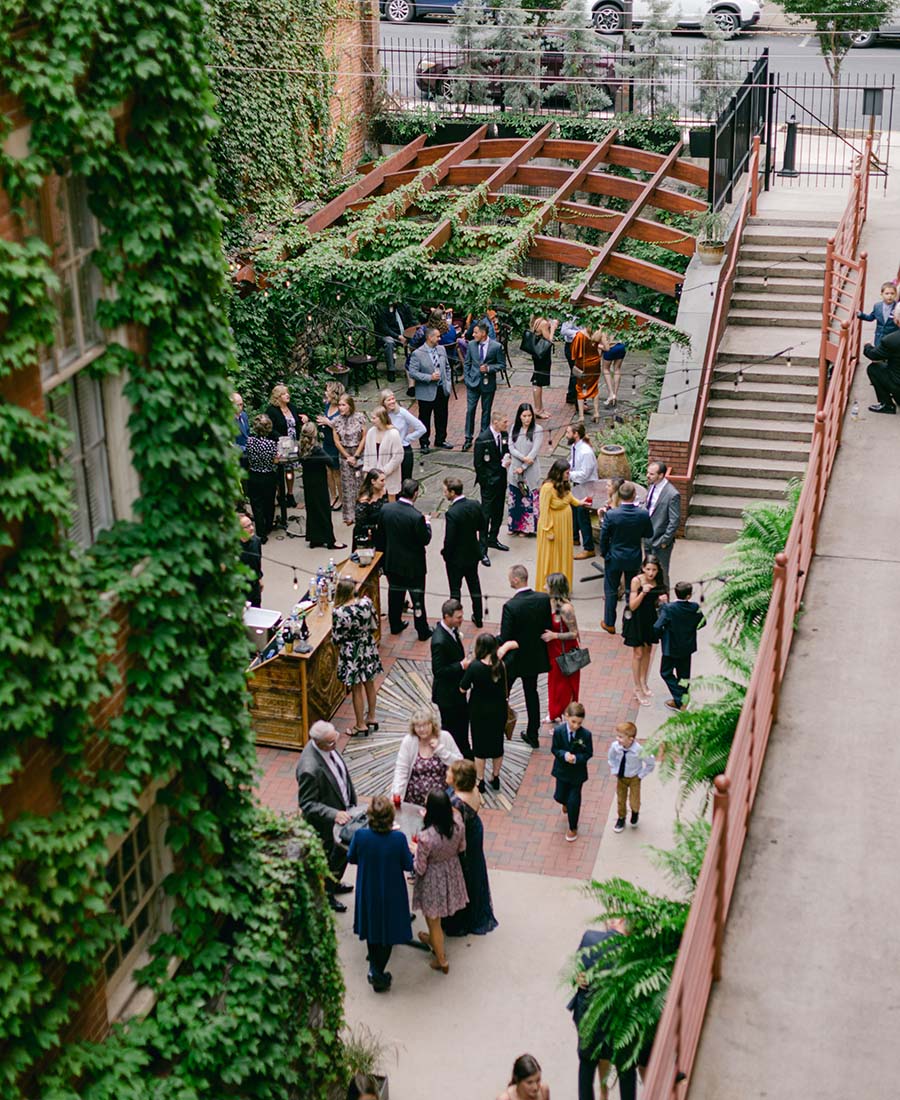 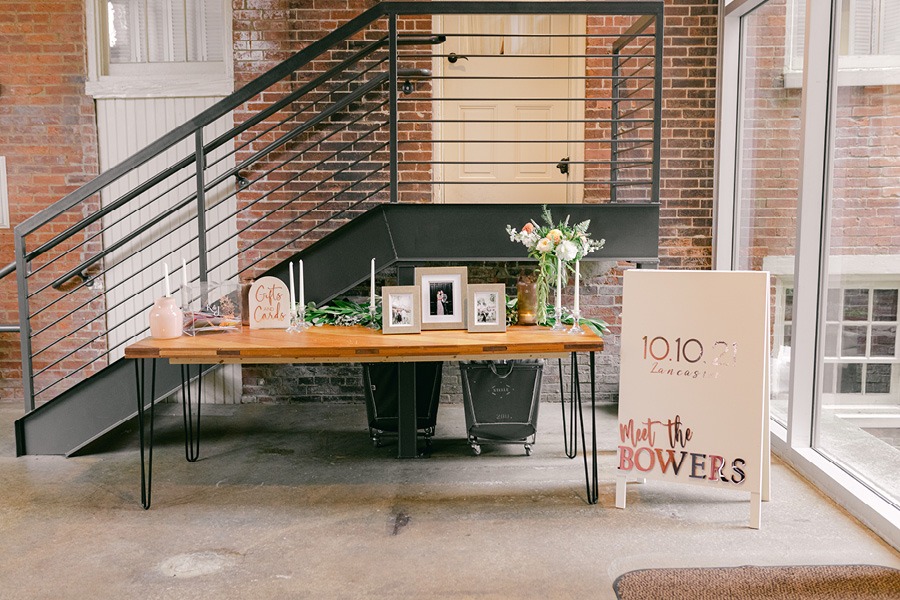 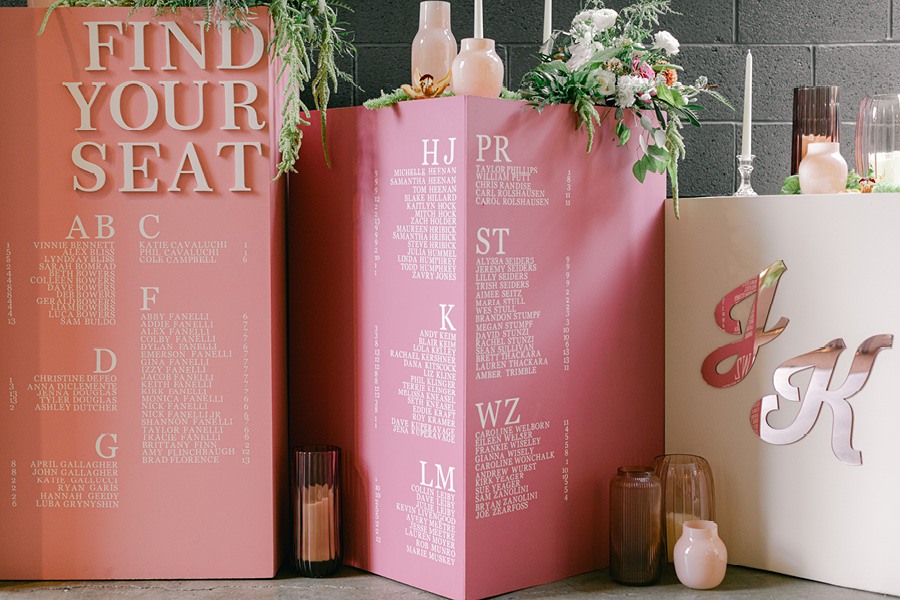 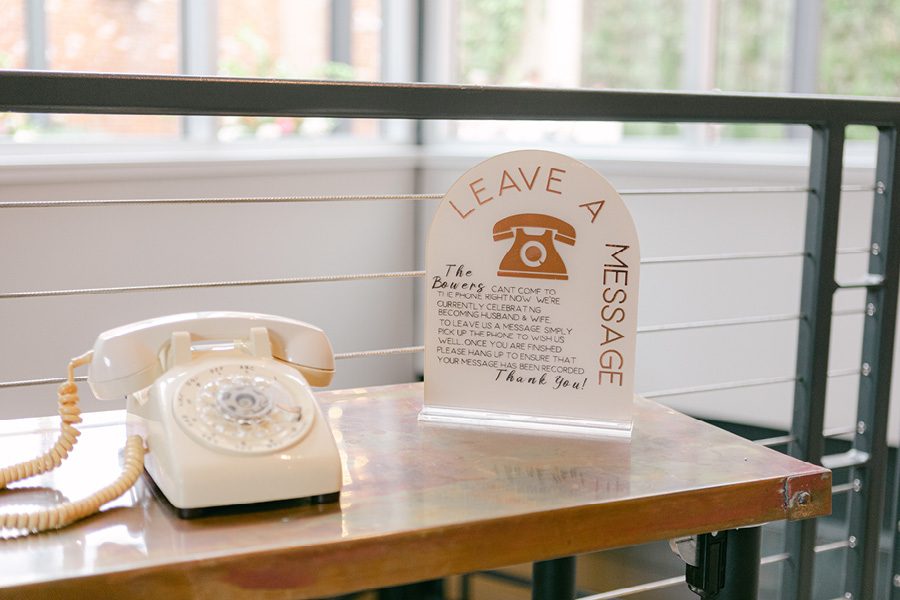 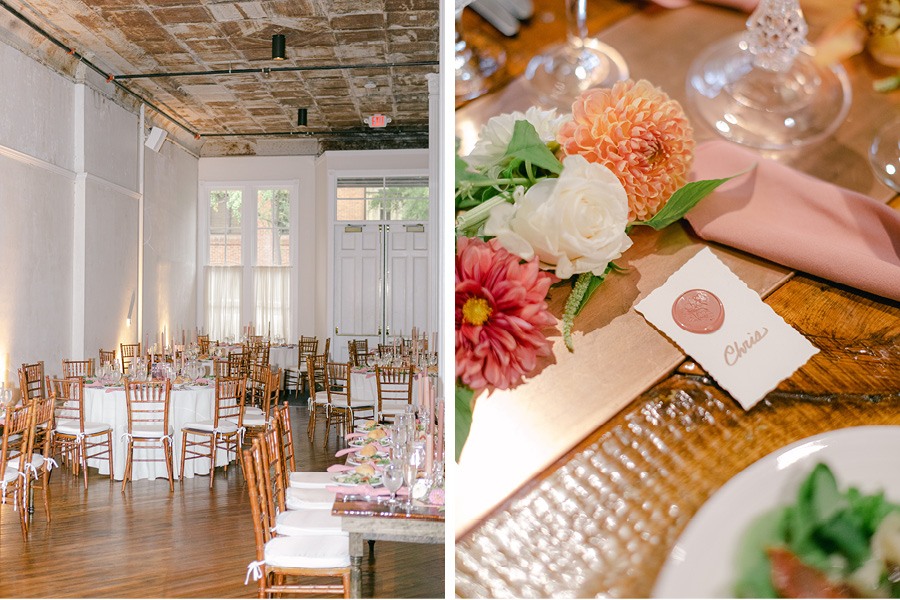 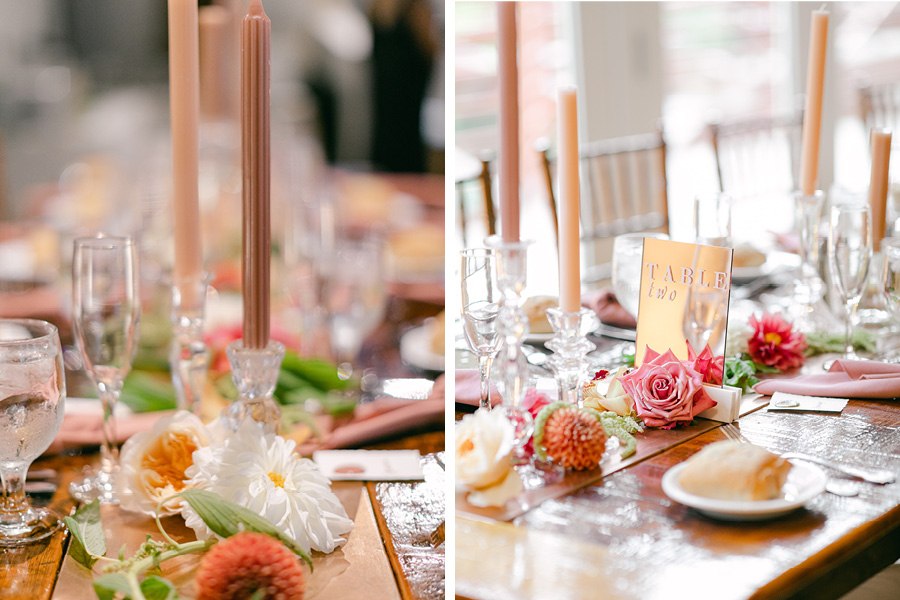 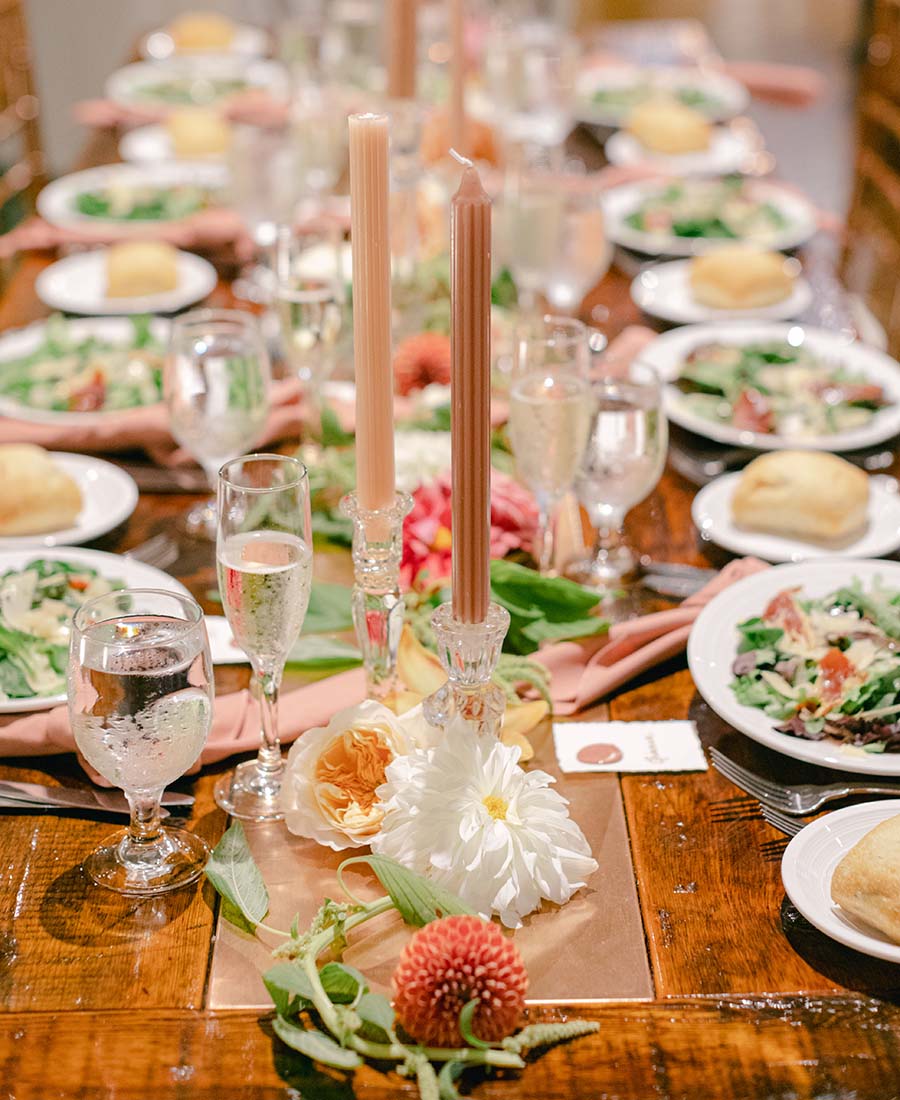 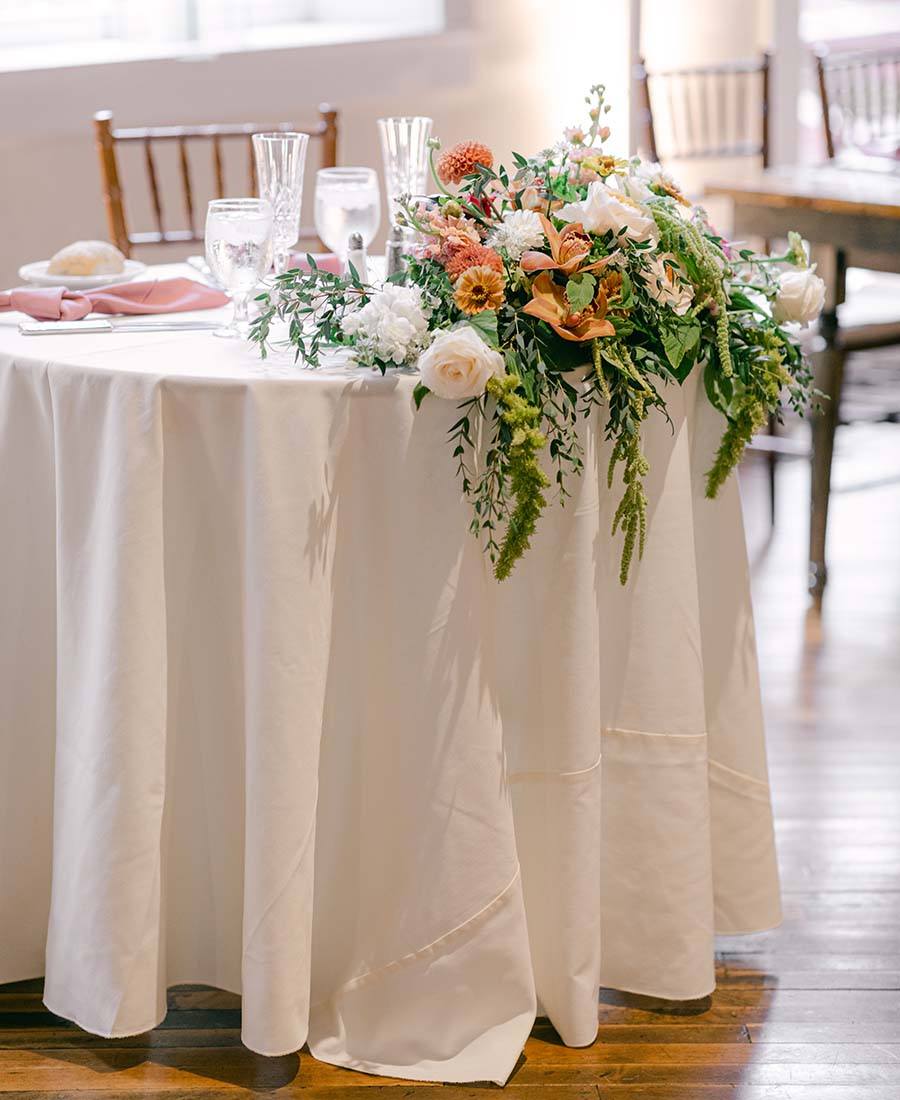 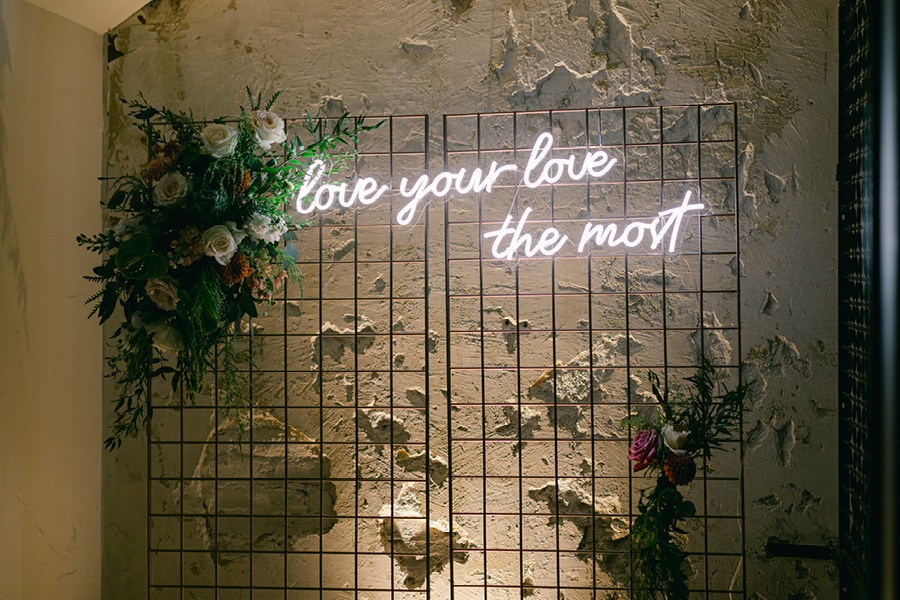 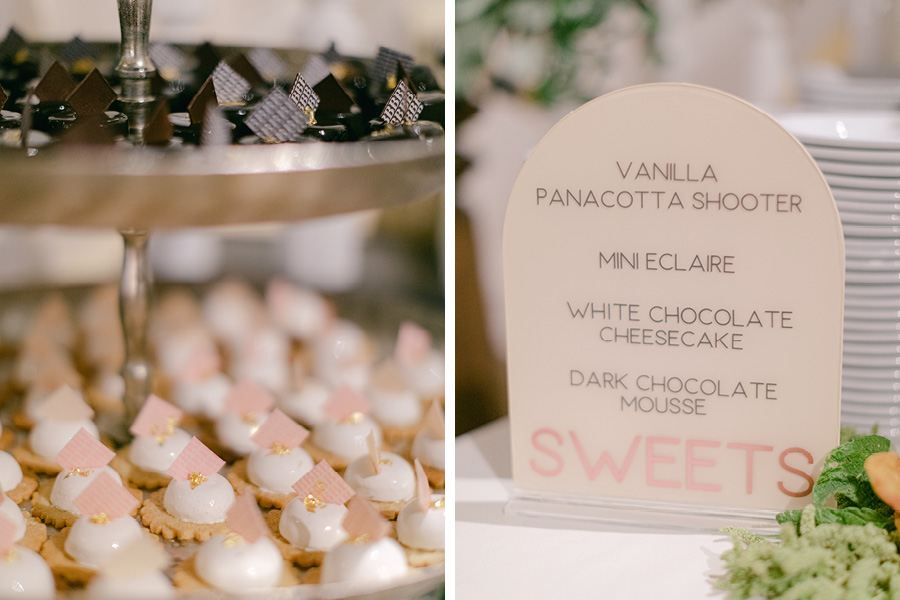 The reception was otherwise filled with thoughtful and cheery decor. More than 150 glass candlesticks with tapered candles in various colors accented the dining tables. There were arrangements of greenery, roses, dahlias, zinnia, ranunculus, grevillea and willow eucalyptus. Custom steel planters built by Michaud Iron & Wood Design, which were originally used in the ceremony and were filled with amaranthus, hydrangea, kale and ‘Bells-of-Ireland,’ were also transitioned to the reception.

The couple traded a traditional guest book for After the Tone, a voicemail “guest book” that allows the couple to listen to recordings left by their attendees during the wedding. Notes the bride: “It was such a unique way to capture the memories and emotions from our day and also made for a lot of laughs.”

A rose gold grid bearing a neon sign that read “love your love the most” served as the photo booth backdrop. 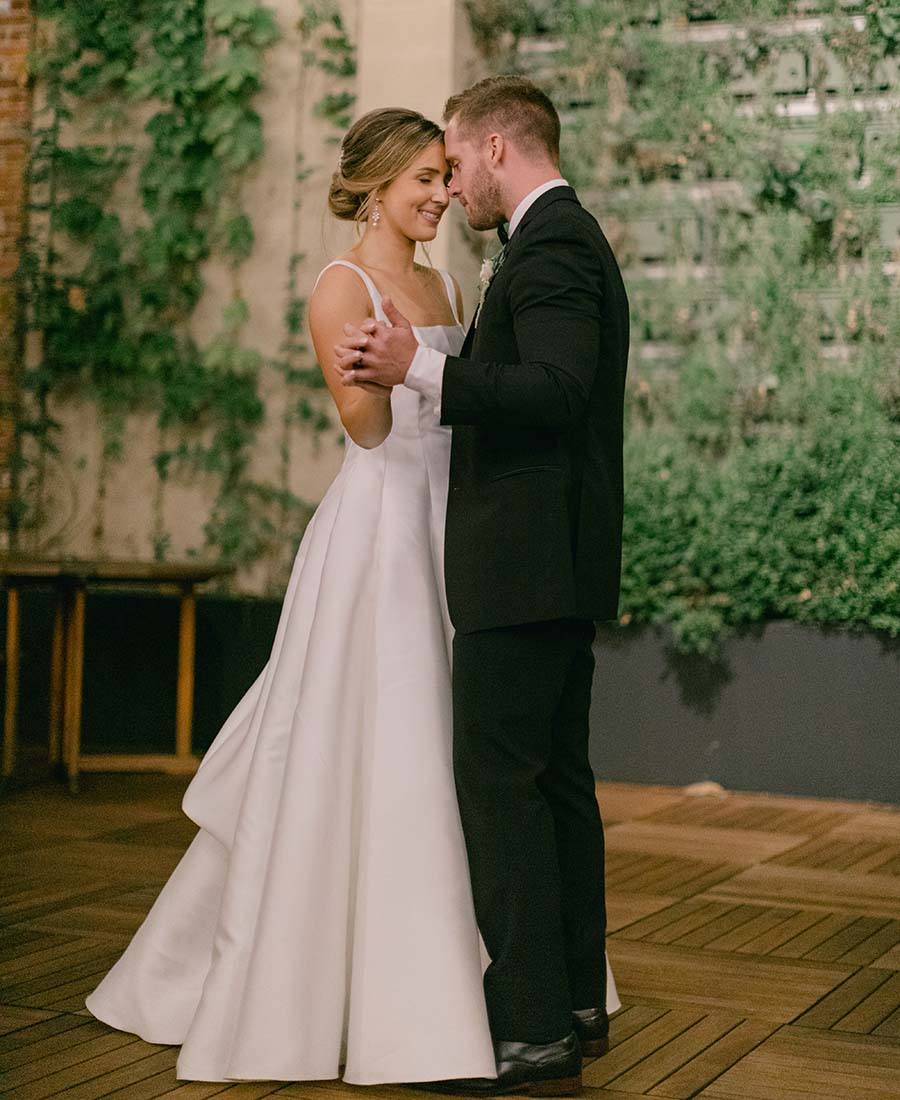 And after the wedding, the couple had one last special surprise — they stuffed their thank-you cards with photos of their guests from the Big Day.

Getting married? Start and end your wedding planning journey with Philadelphia Weddings’ guide to the best wedding vendors in the city.